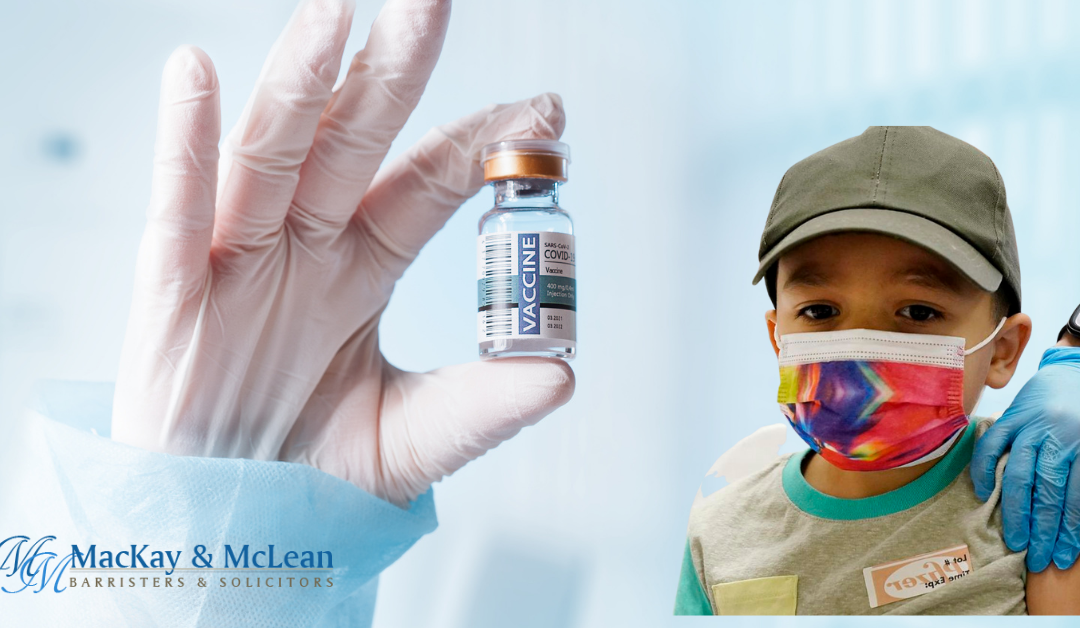 We offer a variety of legal services and are able to represent you in a variety of situations that require counsel. In addition, we do offer a free initial consultation. This allows us to determine how we can help you, what the cost of services will be, and ensure we have all the information needed to work together. We are based in Regina Saskatchewan,  and we specialize in real estate, criminal, personal injury, commercial & family law.

In our latest insight article, we share information on Covid 19 Vaccinations for children when parents are separated or divorced.

Most parents who are separated or divorced will have joint decision-making authority (previously known as joint custody), through a separation agreement or court order. This means that both parents’ consent is required for medical decisions, which includes vaccinations. For most parents, the decision to vaccinate their children is an easy decision to make. However, with the introduction of the experimental COVID-19 vaccine, whether or not to vaccinate is a rapidly increasing issue in family disputes. This issue is further complicated when the child reaches an age where they can express their opinion on the issue. 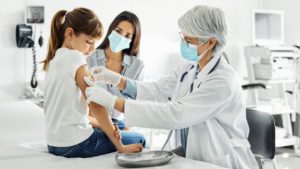 The issue of competing wishes amongst a child and their parent(s) on obtaining the COVID-19 vaccination was recently addressed by Mr. Justice Megaw of the Saskatchewan Court of Queen’s Bench in the decision O.M.S v E.J.S., 2021 SKQB 243. The father of a 12-year-old daughter sought an order allowing him to get his daughter vaccinated without the consent of the mother, who was opposed.

I cannot simply, in any event, exercising the Court’s parens patriae jurisdiction, leave the decision in this regard in the hands of a 12-year-old. She is, after all, a child. She is 12. She is entitled to expect the ongoing guidance of the adults in her life and she is not entitled on all matters to simply make a decision on her own. This is one of those situations. Her views, as suspect as they may be, do not carry the day here.

Mr. Justice Megaw, taking into consideration the global pandemic, the child’s needs, and the child’s views and preferences, determined that it was in the best interests of the child to receive the vaccination without the consent of the mother, despite the contrary desire of the child.

Although the child’s desire cannot be considered as decisive in the present matter (only a minor aged 14 years and may give his consent to care alone), the Court notes that the child’s wish is serious and well-reasoned.

In a decision of the Ontario Superior Court, A.C. v. L.L., 2021 ONSC 6530, the parents of 14 year old triplets agreed that their children had the capacity to make a decision on whether or not they received the COVID-19 vaccination. The court, in light of the parents’ agreement, allowed for two of the children to receive the vaccination, and one not to, based on their respective wishes.

While there have been a limited number of reported decisions addressing children and the experimental COVID-19 vaccination in the context of a separation or divorce, the courts appear to be ruling in favor of a child getting vaccinated in accordance with public health guidelines, regardless of the wishes of the child or a vaccine-hesitant parent.

If you are separated or divorced and dealing with the issue of vaccinating your children, our lawyers are ready to help. Contact our office for a free 30 minute consultation.

As always, your first consultation with us is free, so don’t hesitate to reach out so we can meet you and determine what you need and how we can work together for you.